Canada’s Election Night 2011: The End of the Nation as We Know It

Posted on May 3, 2011 by seanarthurjoyce

Let’s face it folks. Canada as we know it died last night. The Canada of Tommy Douglas, of Pierre Trudeau, of peacekeeping, of progressive social and environmental policies is dead. The Harper Government – get used to the term because that’s what El Presidente himself wants it to be called – has done so much damage as a minority government it’s almost inconceivable the damage he’ll do as a majority leader.

Harper is the kind of Bush clone who laughs in the face of Canada’s disgrace at being ousted from the UN Security Council for the first time since its inception. Whose environmental policies in the face of disastrous global climate change are non-existent as we all march to extinction with fat wallets. Who cares nothing for anyone who earns less than a million a year – so much for Trudeau’s “just society.” Who believes that the failed US ‘drug war’ policy is something to be emulated, along with its prison industry. It’s hard to imagine a worse recommendation for a nation’s policies than creating a state that has the highest percentage of its population in prison of any country in the world. Disastrous—unless you’re the CEO of Prisons Inc. As I wrote in The Charlatans of Paradise, it’s “the final war of the rich against the poor.” They’re in power, they’re nasty, and they want it all.

Elizabeth May said her victory as North America’s first-ever Green MP “proves we can have compassion over competition…that ALL of the 308 MPs who sit in Parliament are there to represent Canadians more than they are to represent their parties.” Would that it were true, as desperately as I want to believe her. I credit her intelligence for framing memorable, pertinent quotes, however. In her victory speech to Saanich-Gulf Islands supporters she spoke of how political pundits decried the Green Party’s lack of experience. She reminded us it’s important to remember that “common folk built the ark; experts built the Titanic.” Amen to that.

The Titanic is an apt if melancholy metaphor for May to invoke at this stage of Canadian history. CBC TV political commentator Chantal Hébert had it right when she called the NDP’s historic surge “an empty victory” in the face of the Conservatives’ majority government. Listen to Senator Tom Banks on the damage Harper has already wrought: “Over the past few years Mr. Harper’s government has quietly engineered so many changes that there are some ways in which our country is barely recognizable. Many of us don’t yet realize the extent of those changes, because many of them have been brought about very carefully and gradually – almost imperceptibly in some cases.” He then cites a long list of points where Harper has quietly changed legislation or de-funded democratic protections. (For details see post: Senator Tom Banks: Democratic Erosion by Stealth)

This is the great farce of political conservatism: it purports to protect ‘conservative’ or traditional values, to be the voice of ‘ordinary’ voters. In fact, it protects a very tiny, super-rich elite. It banks on the gullibility of others as self-interested as themselves, whether or not they’re actually part of that elite. Indeed, it seems pure self-interest is the one value that binds Conservatives together: Fuck the environment. Fuck the poor. As long as I get what’s mine. 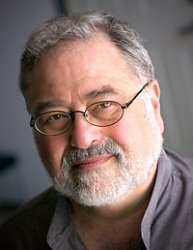 George Lakoff, Professor of Linguistics at University of California, Berkeley

To understand how people can be swayed to vote against their own interests – the American Tea Party being a prime example – read George Lakoff’s political primer Don’t Think of an Elephant. It’s all about ‘framing’ – in true Pavlovian terms, as long as you hit the right ‘buttons’ or ‘frames’ in people you can get them salivating (or in this case, voting the way you want them to) and conveniently bypass the intellect. Whether those frames are informed by the facts of the matter becomes irrelevant.

The CBC TV political panel on election night observed that much of the swing vote in Eastern Canada is coming from the immigrant population. How pathetic. If these immigrants think that the Conservatives are there for them, they are only partially right. Conservatives – and the elites they represent – are there to make that class the perpetual servants to the rich, just as happened in ancient Rome toward the end of empire. Already in economic terms we’re seeing a similar kind of indentured servitude as the Romans instituted that will enslave not only you, but your children and grandchildren. The rich elites see such imperial or feudal eras as the “good old days” of history. So much for the great North American dream of clawing your way up from poverty. Most North Americans will now die in the same economic class they were born into.

CBC commentator Andrew Coyne said the decimation of the Liberal party as an effective political entity in this country means the elimination of the Trudeau legacy in politics. Actually Coyne overstates the case because many of the progressive values Trudeau stood for are clearly reflected in the NDP platform. But as Hébert said, “it’s an empty victory.” Jack Layton spoke of preferring “proposition over opposition” and a renewed commitment to a respectful dialogue in Parliament. But really, why bother? When has Stephen Harper shown an iota of respect for democratic process? I’ll go with commentator Allan Gregg, who sees Layton’s role as that of a scrapper, getting in Harper’s face at every opportunity. Because if Layton fails to do this, Harper will steamroller over the opposition with such disdain and due speed that Canada as a free, democratic nation will disappear before we can blink.

The “final war of the rich against the poor” has been stealthily fought over the past 30 years, and won. Determining whether you’re on the winning or losing side is as simple a matter as counting the zeros behind your annual income.

I am a poet, journalist and author with a strong commitment to the environment and social justice. If anything, I have too many interests and too little time in a day to pursue them all. Film, poetry, literature, music, mythology, and history probably top the list. My musical interests lie firmly in rock and blues with a smattering of folk and world music. I consider myself lucky to have lived during the great flowering of modern rock music during its Golden Age in the late 1960s/early '70s. In poetry my major inspirations are Dylan Thomas, Rilke, Neruda and the early 20th century British/American poets: Auden, Eliot, Cummings. My preferred cinema includes the great French auteurs, Kirosawa, Orson Welles, and Film Noir. My preferred social causes are too numerous to mention but include banning GMOs, eliminating poverty (ha-ha), and a sane approach to forest conservation and resource extraction. Wish me—wish us all—luck on that one!
View all posts by seanarthurjoyce →
This entry was posted in Activism, News and tagged activism, civilization, empathy, politics. Bookmark the permalink.

1 Response to Canada’s Election Night 2011: The End of the Nation as We Know It