Exorcising the Demons of Fear Part 1

The task of confronting the brutal, destructive elements of the Shadow has become … the inescapable destiny of our species: if we fail, we cannot hope to survive. …It is the Shadow problem of our time. —‘The Shadow in History and Literature,’ Anthony Stevens in Meeting the Shadow: The Hidden Power of the Dark Side of Human Nature, edited by Connie Zweig and Jeremiah Abrams, Jeremy P. Tarcher, Los Angeles, 1991, p. 28

“Who knows what evil lurks in the hearts of men? Only the Shadow knows…” This tagline from a popular radio program that began in 1930 inadvertently spoke a fundamental truth about human psychology. The great pioneering psychologist Carl Jung established that all of us contain a Shadow side—those parts of our psyche that have been repressed from earliest childhood onward. Typically we repress aspects of ourselves in order to please parents who disapprove of certain traits. As we grow into adulthood we absorb more repression through our social interaction. In part this helps society function—it sets the limits of acceptable behavior. But too often the denial of those aspects of ourselves we come to dislike or even loathe lays the groundwork for crippling neuroses that surface later in life. Jungian psychologists explain that the more extreme the repression, the more likely negative qualities will be acted out in what is known as ‘projection.’ It’s as if a psychic charge is built up that must be released. We end up acting out the very qualities we claim to despise in others. The less attention we’ve paid to our emotional development the more likely it is we’ll unconsciously engage in such projection.

The same principle plays out at the national level. In Robert Moss’s great book The Secret History of Dreaming, he noted that Jung “recalled that as early as 1918 he had noticed in the dreams and preoccupations of his many German patients “peculiar disturbances… which could not be ascribed to their personal psychology.” Jung’s observation was that “there was a disturbance of the collective unconscious in every one of my German patients.” (italics mine) He was noticing the outlines here of what is sometimes described as ‘mass psychosis,’ which itself can be a phenomenon of projection from the Shadow of an entire culture. This answers the often-asked question: How could an entire country become enthralled by such a psychotic as Hitler or Stalin? Watching films of Hitler’s shrill, half-screaming speeches it’s hard to imagine anyone even wanting to listen to him, much less acting out his agenda. In fact he was voicing the Shadow of the German culture—all the bitterness and rage at the terrible losses of World War I and the punishing sanctions of the postwar period.

Another example is the self-perceived image of America in the world. Americans are taught to see themselves as the ‘good guys,’ the cowboys in the white hats who ride to the rescue, the global beat cop who stands up for justice in benighted lands. Yet when we examine the reality, the actions taken by the American government globally, what do we find? The largest military in the world, the overseas bombing of civilians and military opponents alike, and the targeting of political enemies for assassination by drones, to name only a few examples. A split has occurred between American self-image and reality. To be fair to Americans, Canadians can’t claim the moral high ground here. A similar split has occurred in Canada, particularly under the Harper regime, which has seen our reputation as ‘peacekeepers’ and social progressives seriously degraded. This from a Prime Minister who claims to be a devout Christian. The problem, as explained in the excellent Jungian anthology Meeting the Shadow (quoted above), lies with our cultural unwillingness to admit to our own Shadow side. My book on the 100,000 British Home Children used as indentured farm labourers, Laying the Children’s Ghosts to Rest, exposed one such aspect of our national Shadow. It’s taken a century for us to even admit we used poor children as slaves and it still remains mostly untaught in our official histories, even at the university level.

Noam Chomsky over a 50-year career has elucidated the politics of fear and global imperialism. Courtesy Wikimedia.

Fundamentalist Christianity especially fosters this kind of psychic split, with its insistence on suppressing evil and claiming the moral high ground for themselves. In the zealous pursuit of righteousness we can commit the same atrocities as the enemy we vilify as ‘evil.’ It amounts to a denial of our own Shadow that inevitably results in being overcome by it, just as Canada and America have been. The same is true of any kind of rigid fundamentalism. In a recent interview with The Nation’s John Nichols, Noam Chomsky made the comparison between some of Israeli Prime Minister Benjamin Netanyahu’s speeches and those of Hitler’s. “The only thing missing is the ‘heil’ salute,” said Chomsky. Given the horrific holocaust suffered by Jews in World War II it’s the height of bitter historical irony that Israel’s current government could possibly engage in such a repressive policy toward Palestine. Once again, the Jungian phenomenon of Shadow projection is at work, stoking the embers of mass psychosis into a raging furnace. https://www.youtube.com/watch?v=x2dw7OZD-mg Now in Canada with the Conservatives’ repressive security measure Bill C-51 we’re stoking that same furnace. Of course, fear is an effective motivational tool for politicians seeking power, and it is an election year. On the surface it’s sheer Machiavellian manipulation. But the demonizing of virtually anyone who opposes the Conservatives’ right-wing agenda—from terrorists to environmental protestors—shows how deeply we’re reaching into our collective Shadow. It reaches a kind of hysteria when the Conservative chair of the committee hearing expert testimony on C-51 refuses to consider evidence, instead responding with polarizing questions such as: “Are you against taking terrorists off the streets or aren’t you?” It’s an echo of Bush era dogma: “You’re either with us or against us.” Equal parts McCarthyesque Red baiting and Shadow projection.

Until we’re able—both individually and as a culture—to begin grappling with our own Shadow, things will only get worse. Instead of focusing all our energy and resources on a perceived enemy’s evil we need to see our own capacity for evil. Obviously this does not mean we consciously decide to cross over to the dark side and commit evil knowingly. As the editors of Meeting the Shadow point out, “…there are occasions for outrage that are real, valid reasons for negative feelings. Rape, murder, and genocide justify our rage and justify too, social action that is liberated by that rage.” John A. Sandford, in the chapter Dr. Jekyll and Mr. Hyde, provides a critical distinction: “If you’re attacking evil as a defense against insight into the self, you’re making Dr. Jekyll’s mistake. Honesty is the great defense against genuine evil. When we stop lying to ourselves about ourselves, that’s the greatest protection we can have against evil.” 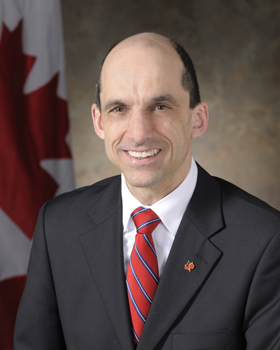 As I’ve pointed out many times, the promotion of fear at the national level is a lose-lose proposition for everyone, except perhaps weapons merchants. It pushes those already on the brink of considering radical or violent action over the edge and makes everyone else, including law-abiding citizens, more nervous. It creates fear of an enemy that—at least within our national borders—has little existence beyond the imagination. And fear does not bring out the best in human nature. I personally have experienced much anxiety over Bill C-51 even though I’ve never been a supporter of violent or unlawful action. Luckily the book Meeting the Shadow came into my life at exactly the right time, helping me demystify the situation and defuse the chronic stress I’d been feeling for many weeks. While I certainly resent the fear that Harper and Blaney fostered in me, I’m not in any way claiming that they are ‘evil.’ Deeply misguided, certainly, but more in thrall to their own Shadow than evil.

My hope is that, as is often the case with the power-mad, Harper and Co. have taken one step too far. Bill C-51 may well be their undoing, given the massive resistance it’s receiving, not just from the citizenry but those within the elite power structure itself. Elizabeth May and Thomas Mulcair have done Canadians a great service in making clear the dangers of this bill, and unless Justin Trudeau changes course to oppose it, he may have blown his chances at a Liberal victory in the federal election. If indeed it proves to be the undoing of the Harper Conservatives, we’ll have to thank them for waking Canadians up to our own Shadow before it’s too late.

I am a poet, journalist and author with a strong commitment to the environment and social justice. If anything, I have too many interests and too little time in a day to pursue them all. Film, poetry, literature, music, mythology, and history probably top the list. My musical interests lie firmly in rock and blues with a smattering of folk and world music. I consider myself lucky to have lived during the great flowering of modern rock music during its Golden Age in the late 1960s/early '70s. In poetry my major inspirations are Dylan Thomas, Rilke, Neruda and the early 20th century British/American poets: Auden, Eliot, Cummings. My preferred cinema includes the great French auteurs, Kirosawa, Orson Welles, and Film Noir. My preferred social causes are too numerous to mention but include banning GMOs, eliminating poverty (ha-ha), and a sane approach to forest conservation and resource extraction. Wish me—wish us all—luck on that one!
View all posts by seanarthurjoyce →
This entry was posted in Democracy, Political Commentary, social commentary and tagged Bill C-51, democracy, Jungian psychology, Noam Chomsky, politics, social commentary. Bookmark the permalink.

2 Responses to Exorcising the Demons of Fear Part 1