The Evolutionary’s Manifesto: The Way Forward or Pie in the Sky?

Posted on February 22, 2016 by seanarthurjoyce

Cover image from Evolutionaries, an important book for social progressives.

Carter Phipps in his book Evolutionaries cites John Stewart’s 2008 evolutionary manifesto, in which he calls upon “intentional evolutionaries” to “recognize that they have a critical role to play in driving the evolutionary transition and the future evolution of life,” and to “use the trajectory of evolution to identify what they need to do to advance evolution.” As Phipps adds: “In part, this means that we have to find ways to facilitate global organization and cooperation on levels never tried before. We have to find a way to coordinate our self-interest—individually, tribally, nationally, and so on—with the interest of the whole species and the living processes of the planet. What this typically points to in living systems, he explains, includes “the near eradication of activities such as the inappropriate monopolization of resources by some members, the production of waste products that injure other members, and the withholding from others of the resources they need to realize their potential to contribute to the organization.” The forces of pure competition cannot negotiate such delicate evolutionary challenges. But neither can cooperation for its own sake. Cooperation always needs a reason, a compelling and clear context and an organizing hierarchy—an overarching structure that gives meaning, purpose, and direction to the cooperative impulse. In our current global situation, some of that may come from the need to survive as a species, to face up to the genuine transnational threats to our civilization, be it climate change or some other clear and present danger. But an evolutionary context is not just about problems; it’s about possibilities.”[1]

I’m just idealist enough to agree with this missionary approach to evolutionary thinking and just pessimist enough to question whether it’s a realistic goal. Obviously nothing happens without a vision—to accomplish anything in life one must first conceive of it and then, before any external validation for the vision exists, act as if it is so. It’s a principle well known to artists of all disciplines. To his credit, Phipps is a multi-level thinker, and anticipates some of the roadblocks to the achievements implied by Stewart’s evolutionary manifesto. For one thing, it rests on an assumption that is deeply conditioned by a Western perspective, one not shared by all of the world. As just one example, while women can vote, own property and businesses in the Western world, that’s certainly not the case in many Muslim countries: “… individuals and cultures existing today in different areas of the world are at different stages of development. While much of the developed world may have reached modern or postmodern stages, there are many other nations and continents that continue to live at a traditional or even tribal stage. And even within countries like the United States, a number of these different value systems are clearly active at once. Indeed, cultures are never monolithic, particularly in a globalizing world, and within any given country there will be individuals who are inhabiting different stages of development, and moving between them as well.”[2]

We seem to be back on the Serengeti plains with the battle of Homo sapiens sapiens with the less evolved Neanderthals. Phipps seems to be suggesting a kind of moral relativism—or cultural relativism—that needs to be flexible enough to fit each situation appropriately. “Gandhi’s non-violence was a beautiful and effective response to colonialism, but I suspect it would have been less successful in the face of Genghis Khan,” observes Phipps. “Military rule may be an appropriate governance structure for a country on the brink of tribal anarchy, but it would be regressive and disastrous in a more modernized culture. … Again, different worldviews are responses to different life conditions. This is not a one-size-fits-all world.”[3] Yet moral relativism is often a ‘slippery slope’ principle that can easily lead to social chaos, although clearly, Western attempts to assert our values in more tribal cultures such as Afghanistan has been disastrous. While it certainly makes sense that different cultural systems are responses to the immediate needs of their environment and social conditions, in the hands of a psychopathic political leader, moral relativism has repeatedly been used to justify genocide.

This would be the one area where I would see a practical application for a eugenics for the 21st century. Now that we’ve mapped the genome, we need to drill down deeper to see if indeed there is a ‘psychopath gene.’ And if so, find a way to correct or eliminate it. Otherwise, the lofty goals of ‘evolutionaries’ will be subject to the same reversals they have been throughout history at the hands of psychopathic ‘leaders.’ Unless of course, we’re prepared to bring forward the Malthusian concept of ‘surplus population’ that’s regularly in need of pruning, whether through wars, starvation or disease. Not a doctrine I’d like to endorse.

Phipps cites philosopher Ken Wilber in the context of the forward/backward dynamic of social evolution: “For each stage of development brings not only new capacities but the possibility of new disasters; not just novel potentials but novel pathologies; new strengths, new diseases. In evolution at large, new emergent systems always face new problems: dogs get cancer, atoms don’t. Annoyingly, there is a price to be paid for each increase in consciousness, and this ‘dialectic of progress’ needs always to be remembered. Still, the point for now is that each unfolding wave of consciousness brings at least the possibility for a greater expanse of care, compassion, justice, and mercy, on the way to an integral embrace.”[4] Well said.

To Phipps’ credit, he holds no truck with flaky New Agers who mistranslate the discoveries of quantum physics to mean we can move anything with our mind. As our grandparents used to tell us, “If you pray for potatoes, reach for a hoe.” While Phipps grasp of historical detail may be slight, he acknowledges its role in the present: “Recognizing that nothing is predetermined does not equate to the opposite fallacy—that history is irrelevant and anything at all is possible. Open-ended does not necessarily mean a blank slate, that there is no influence from the past. That’s true whether we talk about nature or culture. Indeed, I have seen too many people marry the doctrine of indeterminacy with the power of human choice and arrive at a strange concoction—convinced we can create the future however we like, that everything is open and can change on a dime. They imagine that we hold an infinite creative power to shape that unformed future with our own agency. This is the position often espoused in popular spiritually oriented interpretations of quantum mechanics, where quantum indeterminacy has become an excuse to imagine a world of unbridled creativity, a universe in which physics will bend to our personal will. I also see this fallacy playing out in the popular idea that human culture is preparing for a massive large-scale evolutionary leap, a ubiquitous transformation in which the whole world reaches a higher level of consciousness—all together, all at once. As we’ve discussed, this kind of thinking is idealism to the point of absurdity, well-intentioned perhaps, but all in service of a misguided understanding of how evolution works in consciousness and within a culture.”[5] (italics mine)

Still, much of the language in Evolutionaries smacks of religious faith. Phrases like “consciously seize the reins of our destiny,” and the need for religion to discover “a new role for spirit in the consciousness and culture of tomorrow.”[6] While I’m all for the latter, I question the extent to which we have any control over the forces that impact our lives. I’m not arguing for the classical notion of remote gods moving us around like pawns on a chessboard. Destiny could be said to be merely the confluence and clash historical currents—the logical, inevitable outworking of choices made by civilizations over a long period. So far none of the civilizations that have collapsed have taken enough control of their destinies to prevent their own catastrophic end. We now possess the knowledge of what we’re doing to the planet and all its creatures, probably more than any civilization ever has. But does that mean we’ll be able to pull ourselves back from the brink? As long as certain key socio-economic premises are fiercely held to—such as unbridled capitalism—it’s unlikely. Too many of its adherents are sociopaths who have become the world’s richest citizens, so there’s no benefit to them in evolving beyond such a worldview. 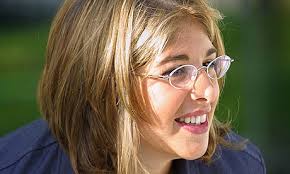 Evolution is not, as technological triumphalists believe, a linear trajectory, it’s cyclical. Three steps forward, two steps back. Given the accelerating state of global climate change, the pollution of our air, water and soil by plastics, radiation and chemicals, we don’t really have the luxury of another several spins of the wheel to see if we can evolve in time. As Naomi Klein says, we need to do it yesterday. Meanwhile regressives like the Koch brothers and Donald Trump, who wield disproportionate economic and political power, remain a serious challenge to moving forward. Social theorist Michael Parenti has coined the term “the pathology of wealth” to describe the phenomenon. I call it the ‘Psychopath Factor,’ and a single such individual can set back progress by a century or more.

Thus, Phipps closes Evolutionaries with an appropriately fervent appeal: “Failure is an option that we could easily choose by default, by not embracing the challenge of our moment. Conscious evolution, after all, is a double-edged sword. It’s not just that we have the opportunity to consciously evolve but that we must. We cannot rely on the blind forces of history to propel us through the crisis this time. Neither can we recuse ourselves from the responsibility that has been placed into our hands as a species. Simply put, unconscious evolution may mean no evolution at all—not to mention trouble for most other species on this planet. The opportunities are extraordinary. The downside is frightening. The moral equation is like none we’ve faced before. The task is radical but simple—to find the courage to take the reins of destiny into our own hands. To exercise our evolutionarily empowered capacity for agency, assess our situation, and consciously evolve.”[7]

Evolutionaries is a challenging, wide-ranging, occasionally self-contradictory yet essential read. Though I remain skeptical, it’s a fitting call to action. Let’s all hope—and act—as if Phipps’ optimism is justified.

I am a poet, journalist and author with a strong commitment to the environment and social justice. If anything, I have too many interests and too little time in a day to pursue them all. Film, poetry, literature, music, mythology, and history probably top the list. My musical interests lie firmly in rock and blues with a smattering of folk and world music. I consider myself lucky to have lived during the great flowering of modern rock music during its Golden Age in the late 1960s/early '70s. In poetry my major inspirations are Dylan Thomas, Rilke, Neruda and the early 20th century British/American poets: Auden, Eliot, Cummings. My preferred cinema includes the great French auteurs, Kirosawa, Orson Welles, and Film Noir. My preferred social causes are too numerous to mention but include banning GMOs, eliminating poverty (ha-ha), and a sane approach to forest conservation and resource extraction. Wish me—wish us all—luck on that one!
View all posts by seanarthurjoyce →
This entry was posted in Activism, Books, Civilization, social commentary and tagged activism, Carter Phipps, civilization, Evolutionaries, Ken Wilber, Naomi Klein, social commentary. Bookmark the permalink.

1 Response to The Evolutionary’s Manifesto: The Way Forward or Pie in the Sky?