Album review: ‘Tales from the Alluvial’ by Jonathan Burden

Posted on August 13, 2021 by seanarthurjoyce

Jon Burden, guitarist and songwriter with Holly & Jon, has released a new album of solo material titled Tales from the Alluvial, rescued from his personal archives where the songs had lain unreleased since being recorded in the 1990s. Music lovers will be thankful he did. 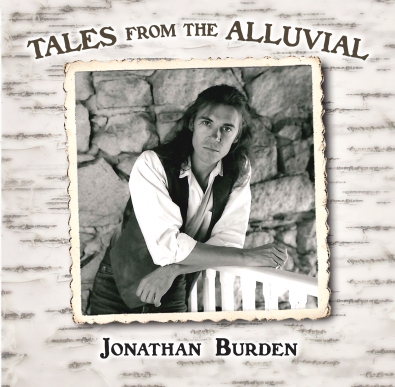 There’s a laid back swing to Tales from the Alluvial one could call quintessentially Kootenaian—the easygoing, live-and-let-live vibe the region is known and loved for. It’s a wonderful antidote to today’s harsh, deeply conflicted world, a sonic reminder of better times. Definitely a summer album in both lyrical content and feeling. (Makes me want to listen to XTC’s Skylarking all over again, although Burden’s songs are more Americana roots and Canadian folk than English pop, despite his British roots.)

Much of Burden’s album fits neatly with the great Canadian tradition of the story-song, or history song, along with the giants of the genre. He cites Gordon Lightfoot, Murray McLaughlin, James Keelaghan and Greg Keelor of Blue Rodeo as particular influences. Worthy entries in the Canadian folk canon include Burden’s “Gold in Every Creek,” about the Cariboo gold rush, and “Midway to Midway,” which name-checks local establishments and small towns in the Boundary region that BC residents will be familiar with. It’s great to hear a Canadian songwriter who isn’t afraid to use Canadian place names instead of defaulting to better-known American landmarks. “Broke Down Ford” appeared on the first Holly & Jon album Big Wind on the Way and relates a real-life tale of Burden being stranded on the Dempster Highway while on his way to a labour job in the Yukon. The original version here has a more intimate feel to it. The lyrics throughout the album are crisp and concise, easily evoking the spirit of place.

“All those bands and writers did story songs that you could get lost in like a good book,” says Burden. “I’d have to add another Texas songwriter to that list: Michael Murphy, but I’d say that Jerry Jeff Walker—a New Yorker but a Texas transplant—was my greatest influence at the time. I had all his albums and not only was he a great writer himself—“Mr. Bojangles” for one—but he always covered obscure songwriters on his albums that you would never hear otherwise, like Steve Fromholz. Walker’s albums were all story songs and you’d be taken away into the landscape of the songs.” 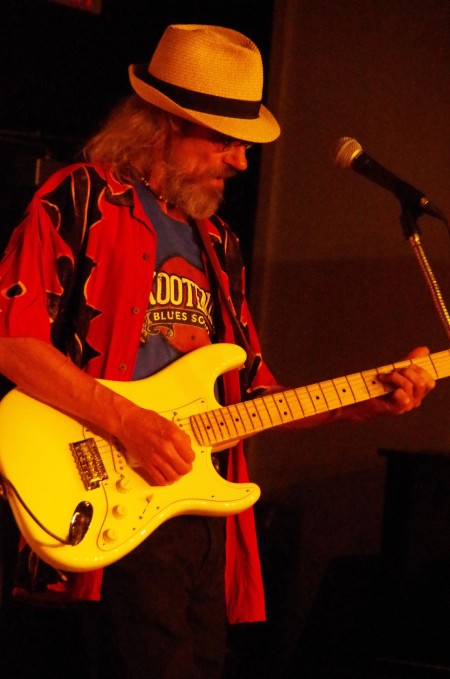 Although there are echoes of country rock throughout, these never overwhelm the songs but are smoothly integrated into the overall sound. Burden says while composing these songs he was listening to a lot of Texas songwriters: Guy Clark, Townes Van Zandt, Jerry Jeff Walker, and the little-known Robert Earl Keen. To get a sense of Burden’s sound on this album, think Eric Clapton circa the Slowhand era, where Clapton blends acoustic and electric guitars seamlessly for a more laid-back feel. Less overt tonal influences include Commander Cody, New Riders of The Purple Sage and the Southern Rock of Charlie Daniels Band, Marshall Tucker Band, and the Allman Brothers.

Burden cut his teeth as a musician playing mostly cover tunes in bar bands in Calgary where he would often be visited by fellow musician T.C. Wright, who died some years ago. Tales from the Alluvial is dedicated to his memory, particularly two songs, “Reality Strikes” and “Goin’ South,” both a tribute to a close friend and eloquent meditations on mortality. “Homesick Mountain Blues” tells the story of Burden’s decision to leave behind the heavy boozing, bar band lifestyle of Calgary for the lush landscape of the West Kootenay, where he and wife Jane raised their two daughters Holly and Aszjeca. As per the old adage, “the apple doesn’t fall far from the tree,” Holly Hyatt has developed into a formidable singer, bass player and songwriter in her own right.

Burden played all the guitars on the recordings as well as multi-tracking his own backing vocals, and the result is incredibly tight. The 11 tracks on this album were recorded on a Tascam Analog Portastudio during the mid- to late 1990s, with Burden plugging his guitars directly into the unit. He says he did this to create as pure a tone as possible with no intermediary tone shifts from either an amplifier or effects pedals. He’s captured a beautiful sound—a tone one might call ‘organic,’ a surprising achievement considering the CD is a generation away from the original analog tapes. Once again the quintessential warmth of analog proves its superiority to digital sound, even in translation.

“I consider myself a tone purist now for sure,” says Burden. “While playing on the road and trying different kinds of effects pedals during gigs, I would come home and plug straight into my amp and realize—that was the tone I’d been chasing all along. Unadulterated.” Burden’s electric axe of choice these days is the Stratocaster and his leads on Tales from the Alluvial are pristine, never overdriven. “For clean Strat tone I always love the tone of Ed King from early Lynyrd Skynyrd. Others are early Roy Buchanan—a Tele player, but love his straight-into-the-amp tone. Dickie Betts of the early Allman Brothers played a Les Paul straight in. For a blues clean tone it’s Anson Funderburgh.”

Tales from the Alluvial succeeds brilliantly in putting the listener into the relaxed, blissful state one enjoys while lying on the sandy shores of Slocan River or walking the rocky beaches of Kootenay Lake. It’s a reminder that music can be about pure storytelling joy.

Purchase online at cdbaby.com, Amazon, iTunes, and Spotify, or at local music retailers such as Packrat Annie’s in Nelson, BC.

I am a poet, journalist and author with a strong commitment to the environment and social justice. If anything, I have too many interests and too little time in a day to pursue them all. Film, poetry, literature, music, mythology, and history probably top the list. My musical interests lie firmly in rock and blues with a smattering of folk and world music. I consider myself lucky to have lived during the great flowering of modern rock music during its Golden Age in the late 1960s/early '70s. In poetry my major inspirations are Dylan Thomas, Rilke, Neruda and the early 20th century British/American poets: Auden, Eliot, Cummings. My preferred cinema includes the great French auteurs, Kirosawa, Orson Welles, and Film Noir. My preferred social causes are too numerous to mention but include banning GMOs, eliminating poverty (ha-ha), and a sane approach to forest conservation and resource extraction. Wish me—wish us all—luck on that one!
View all posts by seanarthurjoyce →
This entry was posted in blues, Music, The Kootenays and tagged Allman Brothers, analog music, Anson Funderburgh, Canadian folk music, Canadian story songs, Clapton style music, Gordon Lightfoot, Holly & Jon, Jerry Jeff Walker, Jon Burden, Jonathan Burden, Kootenay music scene, Midway BC, Roy Buchanan, Southern Rock, summer music, Texas blues style. Bookmark the permalink.